Located in the heart of Harmony’s National Historic District, we offer our public tavern to you for social pleasure and shared camaraderie in true Harmonite tradition.

Located in the National Historic District in Harmony, Pennsylvania, and originally the residence of Austin Pearce, a prominent banker, mill operator and railroad executive, the Harmony Inn was Pearce’s Italianate-style home in 1856. The home featured black walnut and chestnut woodwork. It is believed the building also had the first indoor plumbing in the area.

Pearce’s fortunes plummeted when his PNC&E railroad business failed, causing him to sell his home to a member of the Ziegler family, a descendant of the Mennonites. Ziegler renovated the building into a hotel and a saloon and became one of the earliest licensed establishments in Butler County. At the turn of the century, a two-story wing was added to the original structure.

Known at the time as “The Ziegler Hotel,” the Zieglers operated the hotel for many years. After the family sold the hotel, The Harmony Inn went through several owners and was known by several establishment names such as “Manor House” and “Harmony Hilten.” In 1985 Gary Barnes and Carl Beers purchased the Harmony Inn, replacing the rough and tumble of the saloon with the first craft beer bar in Butler County. 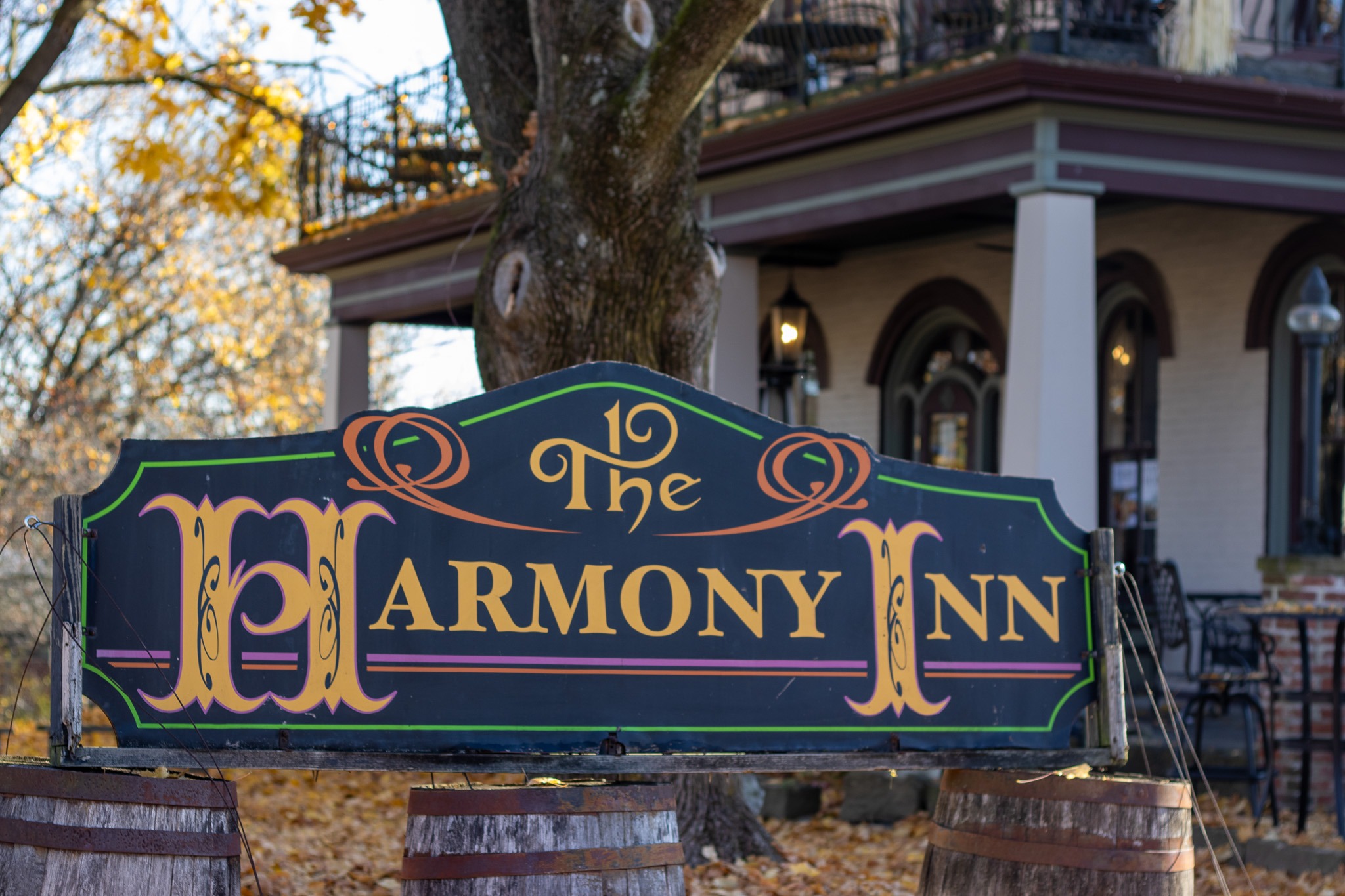 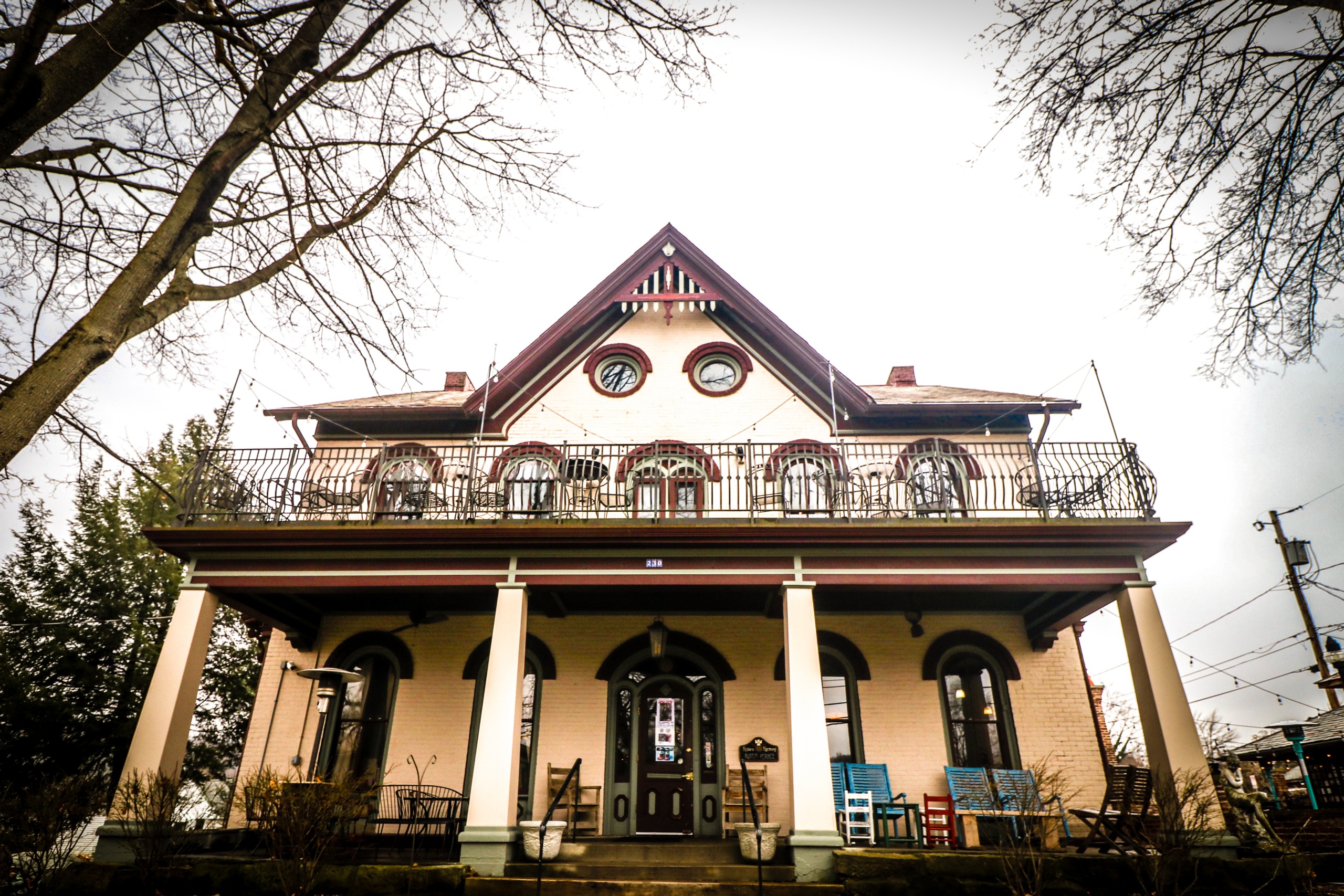 Innumerable media reports from all over Western Pennsylvania account on the haunting of the Harmony Inn. Several witnesses have reported seeing a little girl in a white dress roaming the upstairs of the Harmony Inn and furniture has been rearranged without human intervention. Customers have also reported feeling a significant warm temperature inflection at certain periods of the day, although it seems to occur more frequently at dusk. Although employees and customers are often frightened by the unexplained images, everyone reports that their encounters have always been friendly. 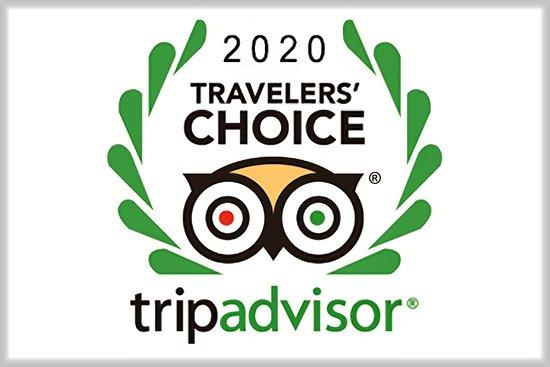 EASE LIVE at The Harmony Inn

Karaoke at The Harmony Inn

James Tobin and the Dewey Decimators LIVE at The Harmony Inn

James Tobin & The Dewey Decmators LIVE at The Harmony Inn